Those who watched the video of our weapons test, would have noticed the robot wobbled as the blade span up. This is because we had not balanced the blade, i.e. one half of the blade had more mass that the other half. This meant we had to balance the blade (add some weight to one side), so that’s what we spent last night doing. We’ve added a small amount of lead to one side, meaning that both half’s of the blade now have the same weight (well moment of inertia round the pivot). 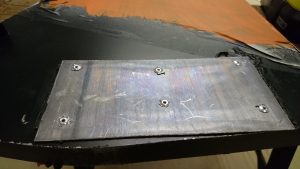 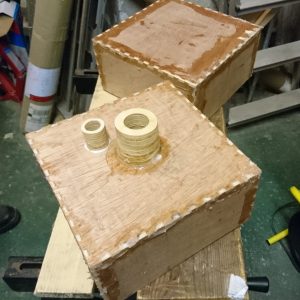 It’s been a while since we’ve posted any thing, but the team as not been idle.  Lots of stuff has been happening with the electronics, and our drive system.  We’ve also started making some moulds for our tires.  Including making a nice moulding box. 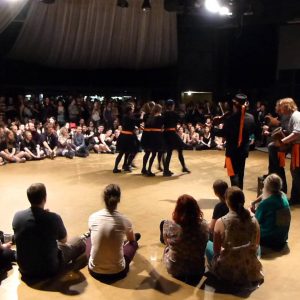 We are going to a folk festival

Yes you read the subject correctly, Blake robotics going to IVFDF at Sheffield University and we will be doing a workshop on the Saturday morning (24th Feb).  So if you like folk and combat robotics  (and we admit that’s one heck of a venn diagram), then come a join us. 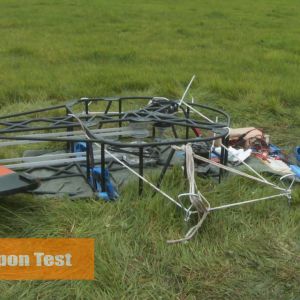 We’ve been field testing our weapon.  This is the first time we’ve spun the blade up using the motors, all in all a successful test.  With only small tweaks needed to get it running nice and smoothly.  More videos to follow. 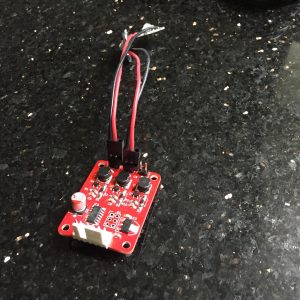 We made a little LED driver board for doing our atmospheric lighting.  It’s got a little ATtiny on-board that handles all the effects like fade in and out.  We can control it over I2C from our Pi to change which effect it’s currently running.  If you want to check it out and make your own… Read more »